The Department of the Army selected Coffman Barns to build the Fort Huachuca Barn Project. Coffman barns designed the 18 stall with storage for B TROOP, 4th U.S. Calvary (Memorial & Museum).

Fort Huachuca is a product of the Indian Wars of the 1870s and 1880s. In February 1877, Colonel August B. Kautz, commander of the Department of Arizona, ordered that a camp be established in the Huachuca Mountains. This camp would offer protection to settlers and travel routes in southeastern Arizona while simultaneously blocking the traditional Apache escape routes through the San Pedro and Santa Cruz valleys to sanctuary in Mexico. A temporary camp was established at the post’s current location on March 3, 1877, by Captain Samuel Marmaduke Whitside with two companies of the 6th Cavalry. The site was selected because it had fresh running water, an abundance of trees, excellent observation in three directions, and protective high ground for security against Apache tactical methods. Camp Huachuca was redesignated a fort in 1882.

In 1886, General Nelson A. Miles designated Fort Huachuca as his advance headquarters and forward supply base for the Geronimo campaign. Geronimo’s surrender in August 1886 practically ended the Apache danger in southern Arizona. The Army closed more than 50 camps and forts in the territory, but Fort Huachuca was retained because of continuing border troubles involving renegade Indians, Mexican bandits, and American outlaws and freebooters.

In 1913, the 10th Cavalry “Buffalo Soldiers arrived and remained almost 20 years. The 10th Cavalry joined General John J. Pershing in the 1916 expedition into Mexico and, during World War I, it was assigned the mission of guarding the United-States-Mexico border.

By 1933, the 25th Infantry Regiment had replaced the 10th Cavalry as the main combat unit for the fort. The 25th, in turn, was absorbed by the 93rd Infantry Division during World War II. When the 93rd departed for the Pacific in 1943, the 92nd Infantry Division arrived at the fort for training and subsequent assignment to the European Theater. During the war years, the troop strength reached 30,000 men at the fort, which in the 1930s had been described as suitable for a brigade-sized unit of about 10,000 men.

At war’s end, the fort was declared surplus and transferred to the State of Arizona. Itwas reactivated during the Korean War by the Army Engineers.

A new era began in 1954 when control passed to the Chief Signal Officer, who found the area and climate ideal for testing electronic and communications equipment. The importance of the fort in the national defense picture grew steadily from that moment. In 1967, Fort Huachuca became the headquarters of the U.S. Army Strategic Communications Command.

Then, in 1971, the post became the home of the U.S. Army Intelligence Center and School, bringing with it the School Brigade.

Today, Fort Huachuca is a major military installation in Arizona, and one of prominence throughout the Southwest. 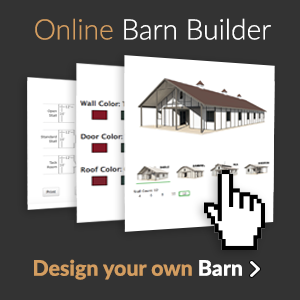 This website uses cookies to improve your experience while you navigate through the website. Out of these, the cookies that are categorized as necessary are stored on your browser as they are essential for the working of basic functionalities of the website. We also use third-party cookies that help us analyze and understand how you use this website. These cookies will be stored in your browser only with your consent. You also have the option to opt-out of these cookies. But opting out of some of these cookies may affect your browsing experience.
Necessary Always Enabled
Necessary cookies are absolutely essential for the website to function properly. This category only includes cookies that ensures basic functionalities and security features of the website. These cookies do not store any personal information.
Non-necessary
Any cookies that may not be particularly necessary for the website to function and is used specifically to collect user personal data via analytics, ads, other embedded contents are termed as non-necessary cookies. It is mandatory to procure user consent prior to running these cookies on your website.
SAVE & ACCEPT
Select Language »